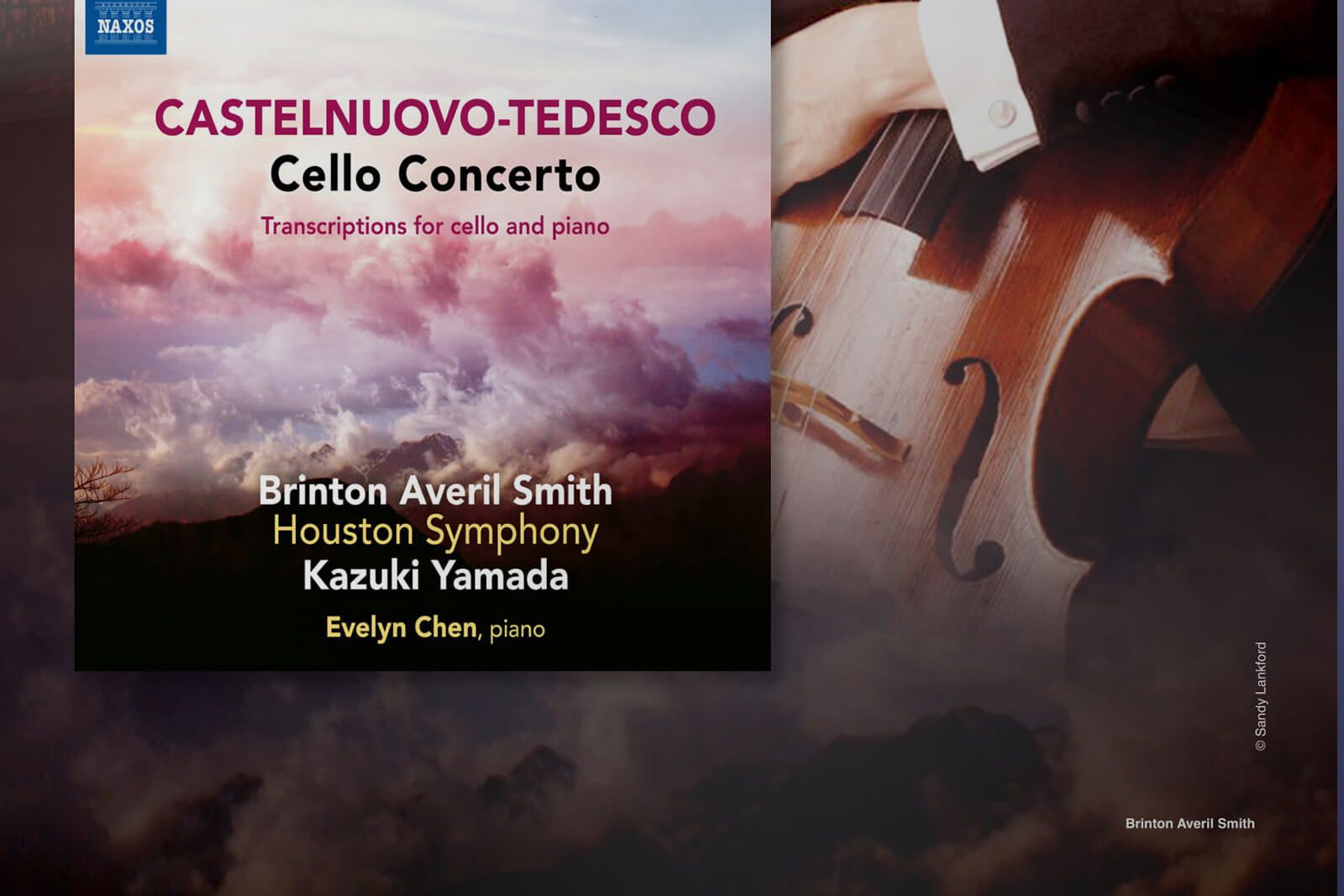 Brinton and I are happy to announce that our CD featuring the revival of the Castelnuovo-Tedesco cello concerto and several world premiere recordings of his transcriptions for cello and piano is now available from Naxos.

Inspired by the personality, prodigious technique and musicality of the cellist Gregor Piatigorsky, Castelnuovo-Tedesco's Cello Concerto is a work of imposing scale a demanding virtuosity, but also with a rare beauty and warmth of expression. This live recording with the Houston Symphony and conductor Kazuki Yamada documents the first professional performances of the concerto in more than 80 years and is paired with playful and virtuosic freely composed transcriptions for cello and piano of Mozart, Rossini, and Ravel that Castelnuovo-Tedesco wrote for Piatigorsky and Heifetz.

As a child, Brinton read Piatigorsky's story of his debut of the Castelnuovo-Tedesco Concerto with Toscanini, and ever since nurtured the dream of bringing it back to life. This recording is the culmination of a long project for us, and we're grateful for all who helped make it possible. I hope you will enjoy these works as much as we do.

It is available for purchase from: